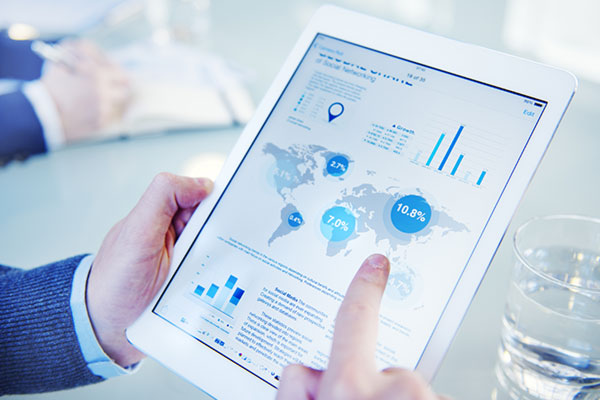 On 22nd of November 2018, a Government Bill (HE 238/2018) was issued proposing elimination of the minimum share capital requirement (EUR 2,500) for Finnish private limited liability companies (osakeyhtiöt).  This change would also apply to limited liability housing companies. The purpose of the Bill is to ease the operations of micro and small undertakings, and generally to improve the conditions for corporate activity.

In accordance with a tax treaty between Finland and Estonia, Finland has had the right to tax royalties arising in Finland and paid to a resident in Estonia.  The tax at source has been 5%-10%.

As from 1st January 2016, no tax at source will be levied on royalties paid from Finland to Estonia.  This change was introduced when Estonia agreed with another tax treaty country that royalties should be taxable only in the recipient’s home state. Based on the so called most-favoured nation clause this same principle applies retroactively also to the Finnish-Estonian tax treaty and royalties covered by this agreement.

Yearbook decision KHO 2016:16 from the Supreme Administrative Court (10 February 2016) covers a tax increase resulting from a back-to-back loan situation. In this case, A Oy had taken a loan of EUR 114.5 million from its subsidiary at 3.75% interest and further lent its parent company approximately EUR 89.4 million at the same interest rate. No interest had been paid. A Oy's accounting had not recorded the interest expenditures, approximately EUR 3.4 million, accrued on the loan taken from the subsidiary, nor had it recorded the interest income of approximately EUR 2.7 million accrued on the loan to the parent company.

The Tax Administration noticed the error during their routine review of the year's taxation. A Oy then filed a new tax return based on the corrected accounting before taxation was completed. The Company was assigned a tax increase of EUR 130,000 on the basis that the company had failed to report interest income of approximately EUR 2.7 million. The tax increase was based on §32 chapter 3 of the Act on Tax Procedures, which states that a taxable person who submits a tax return or other required tax notification that is intrinsically false can be penalized with a tax increase of up to 30% of the added income. The Board of Adjustment and the Administrative Court did not change the decision.

The Supreme Administrative Court overturned the decision of the Administrative Court and took into account that the interest income and expenditure were intrinsically related to each other. In addition, the company had filed an unfavorable tax return on its own behalf, since the interest payments of the loan exceeded the interest income. The court ruled that the imposition of tax increases solely on the basis of the unreported income – ignoring the unreported expenditure – resulted in an outcome that ran contrary to the principles of the law. The case was returned to the Tax Administration for processing, and the allowed maximum tax increase for A Oy was set at EUR 800.

In this case, the Supreme Administrative Court ruled in favor of the taxable person. Errors in tax returns or their appendices and other similar mistakes have long been penalized by prohibitively high tax increases. Even when mistakes have been due to haste or human error, the tax increase has been justified by willful misconduct or gross negligence of the taxable person. The Supreme Administrative Court's case 2016:16 reduced the tax increase from EUR 130,000 euros to a maximum of EUR 800, which shows that tax increases are indeed worth appealing, even if the appeal process can be long and its outcome uncertain.

In its Yearbook decision of 21 October 2015 (KHO:2015:154) the Supreme Administrative Court stated that a person who has received shares of a limited company as a gift is not entitled to change-of-generation tax credits under Section 55.1 of the Inheritance and Gift Tax Act if the benefactor retains the right to vote on the gifted shares.  According to the reasoning of the Supreme Administrative Court, membership of the board and full-time employment would not be considered sufficient evidence that the beneficiary will continue operations in the company if the benefactor retains the right to vote.

In another verdict of the Supreme Administrative Court (KHO:2015:166) given on 18 November 2015, an underage beneficiary of an inheritance was not considered to be entitled to a change-of-generation tax credit. In this case the deceased had owned 50% of the limited company's shares. The widow and an underage child were the shareholders of the undivided estate. The widow was appointed member of the company's board and started work in the company's service. In previous taxation practice, an underage child who has received shares of a limited company as a gift has not been considered eligible for change-of-generation tax credits. In accordance with a vote (3-2) in the Supreme Administrative Court, a similar principle is now applied also in situations where an underage person receives shares as inheritance.


Changes to the Employment Accidents Act - If you are self-employed, check whether this afffects your insurance cover from 1 January 2016

The new Employment Accident and Occupational Disease Act enters into force on 1 Jan 2016.  At worst an owner of a company may be left completely outside the scope of statutory accident insurance or their insurance cover may become considerably weaker.

The change pertains in particular to the following:

The current financial crisis in Russia has led to significant budget cuts and will likely also lead to tax increases in the coming year.  However, details of changes to taxation have not yet been revealed.

The biggest tax topic of the current and upcoming year is related to legislation aiming to repatriate investments of Russian origin and expand Russia's taxations powers to holding companies operating abroad in cases where the capital is of Russian origin.

Another significant issue related to taxation has been the transition to real market values in taxation on real estate.

The government has aimed to ensure a stable operating environment for small businesses e.g. by exempting them from inspections by the authorities until 2018.

With regard to Russia our advice is for companies to continue monitoring the country's situation and take advantage of what the crisis situation offers in for example in terms of tax credits or reduced competition. If companies believe that Russia's economy will see a new rise, the current situation offers the possibility to create a good foundation for future success. We can provide more detailed information about changes in the legislation.

Distribution of assets by an unlisted company from its own unrestricted equity reserve is considered equal to transfer of assets if the company returns to the shareholder the capital investment they have made in the company within ten years of the investment. The law sets out a transition period for tax years 2014 and 2015 pertaining in particular to distributing assets of a publicly unlisted company cumulated from capital investments. According to the legislation, capital investments can be returned from the unrestricted equity reserve to recipients other than the shareholder who originally made the investment. The transitioning rule can be applied if the decision pertaining to distribution of assets has been made before 21 December 2015 and the assets have been withdrawable by 31 December 2015.

According to the policy decision (KHO:215:154) of the Supreme Administrative Court dated 21 October 2015, a person who has received shares in a limited liability company as a gift is not entitled to the tax relief granted in generation change if the donor retains the voting rights attached to the shares to be donated. In the case under consideration, the donation was 10 shares. The total number of shares in the family company concerned was 100. The donee worked for the company full time and was a member of the company’s Board of Directors.

In the Inheritance and Gift Tax Act, one requirement for a tax relief in generation change is that the donee uses the assets received as inheritance or gift to continue the business operations of the enterprise. The Tax Administration and the Administrative Court considered that the tax relief requirement concerning the continuation of the business operations was met as the donee worked for the company and was a member of its Board of Directors. According to the statement of reasons of the Supreme Administrative Court, Board membership and full-time work with the company is not a sufficient proof that the donee will continue the company’s business operations if the donor retains the voting rights attached to donated shares.  The decision of the Supreme Administrative Court was reached by voting. One of the Justices considered that the donation would entitle to a tax relief.

The accounting reform project has reached the stage of parliamentary proceedings, and the new Accounting Act is expected to enter into force as from the beginning of 2016. However, the Act will only apply to accounting periods that start after its entry into force in such a way that the financial statements drawn up in spring 2016 for financial periods ending in 2015 shall comply with the currently valid legislation and rules.